A New Generation In Museum Development 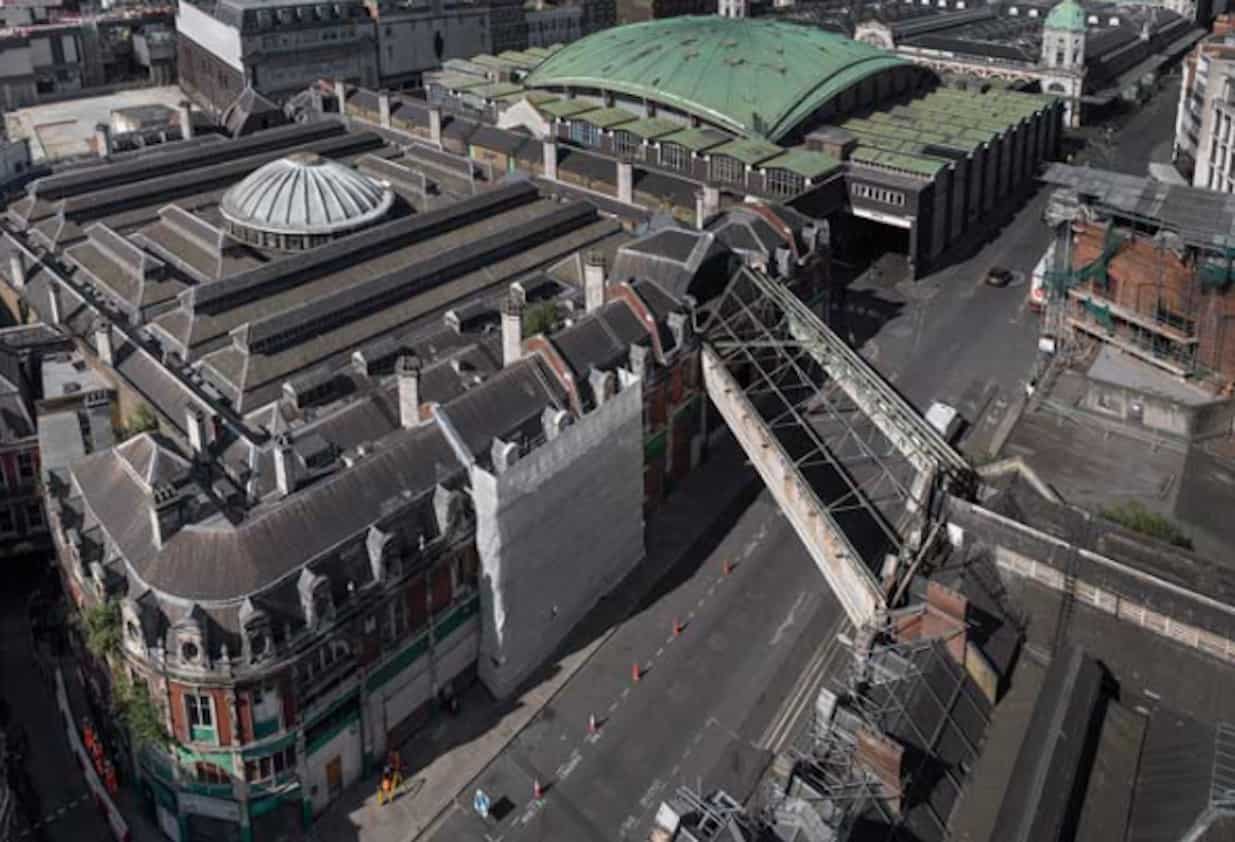 Gilberts Blackpool has turned roof ventilation upside down to help an ambitious plan to repurpose  part of the Museum of London’s new home in West Smithfield.

The Museum of London received planning approval for the historic site in June 2020 to transform what a museum for London could be. A priority is to make the dilapidated General Market building which has been empty for three decades weathertight and sound, to allow the conversion of the space below.

Principal contractor PAYE Conservation is underway with enabling works, balancing protection of key architectural features of the building. These include wood and glass louvred lanterns which run along all four sides of the main building, which had failed beyond economic repair, necessitating the removal of the glass fixed louvres and secondary vertical supports. PAYE commissioned Gilberts to design a bespoke solution, that maintains the visual aesthetics of the historic rooftop whilst providing adequate free ventilation area for modern standards.

Gilberts’ in-house technical team resolved the issue, and optimised best value, by turning modern strategies on their head. Thus, almost 300 louvres are being produced that combine Gilberts’ patented WHF aluminium louvre blades fitted internally upside down, its VN75 damper and, externally, bespoke WGF high performance louvre blades. Each bank features dummy mullions to mimic the original secondary supports which have had to be removed. Electric controls concealed behind the fixed louvres will enable ventilation to be controlled via the Building Management System. The complete units deliver Class A weathertightness of 99%, with a net free ventilation area of 50%.

“The original timber mullions compromised space for modern levels of airflow,” explained Gilberts’ Sales Director Ian Rogers. “Fitting a refined version of our WHF upside down, with our VN damper and a bespoke version of our WGF externally optimises the maximum free ventilation area in line with today’s requirements.”

Adds Mark Pettyfer, Associate Director at PAYE, “Coincidentally the ventilation requirements for the museum are similar to those of the market- the need for fresh, air without damp and draughts- except that instead of protecting and preserving delicate fruits and vegetables, we are preserving the city’s history and heritage. Gilberts is playing a fundamental role in helping us deliver that whilst maintaining the aesthetics of the atmospheric building: as a company it has the technical expertise and manufacturing capability to engineer a bespoke, discreet, functional solution.”

Gilberts is one of the UK’s leading manufacturers of louvre screening, developed over the years to provide a comprehensive package to keep pace with the evolution of building design and structural interfaces, initially and as/if the building structure is altered. Options include standard and high performance, factory- and site- assembled, and acoustic variants. Addressing Multiple Issues with One Solution

Design expertise behind the scenes is giving work life in the heart of London a light, bright and safe environment. Adeline Properties commissioned NGA Architects Liverpool’s largest office block- the Capital Building- is undergoing a full interior refurbishment to address the lack of Grade A premises available in the city(1). 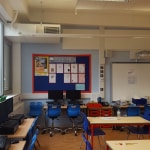 With heating being a school’s primary use of energy, leading independent building services specialist Gilberts is taking steps to help the educational estate optimise its